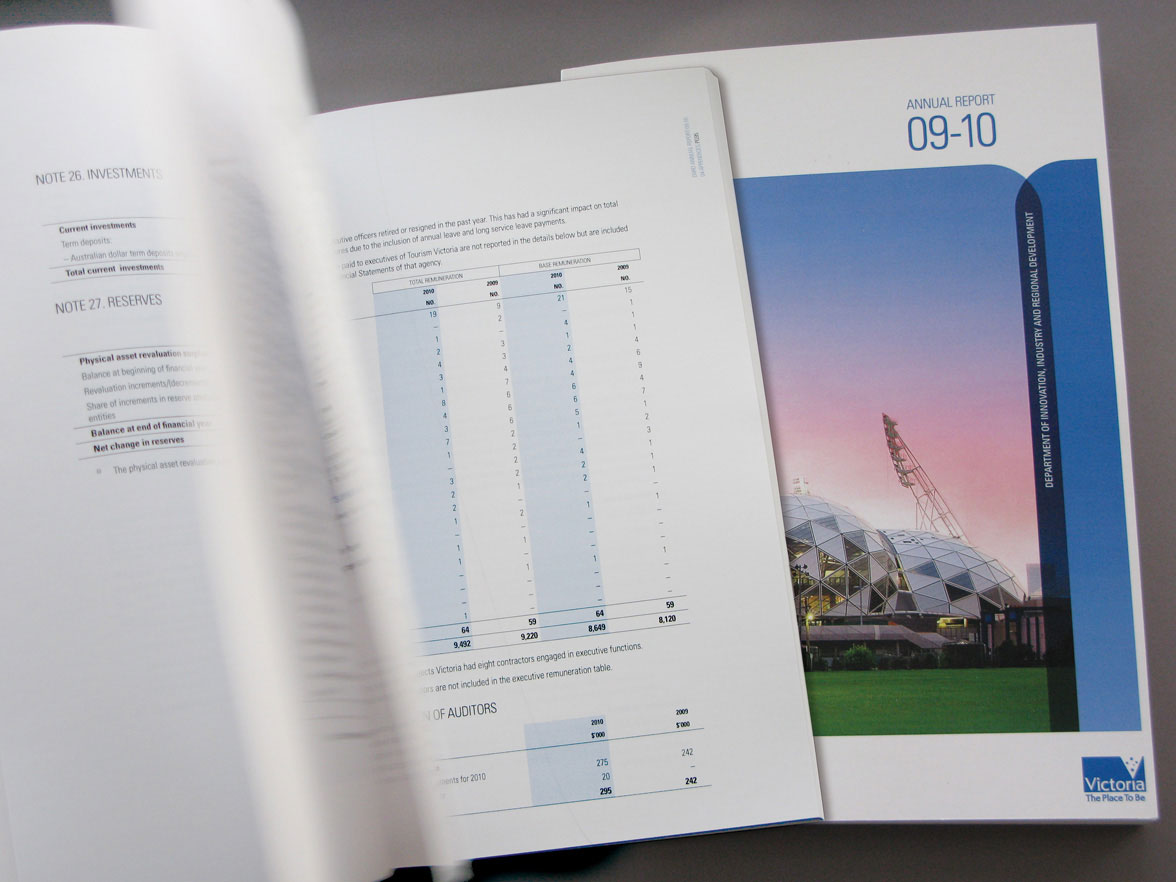 In 2008 a two-year contract to produce Annual Reports for the Department of Industry, Innovation and Regional Development was awarded to Dialogue. The project was a massive undertaking in both editions due to the document length of 200+ pages and the short production timeline between copy finalisation and tabling in parliament. Success came largely from having the one person involved in every aspect of the project on the design and production side, from start to finish. The second of the two reports adopted a design theme developed by the Department’s in-house design department.